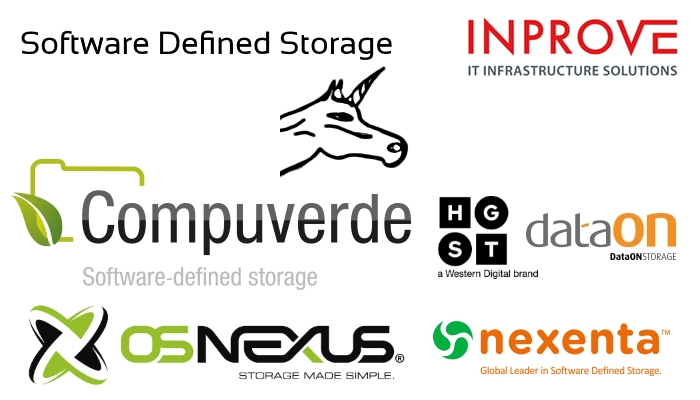 Here is a reply to Dan Porat’s article on Software Defined Storage on LinkedIn. I am summarizing his post to “Software Defined Storage is as good as the support it has in the geographic location of where it will be deployed” which is exactly where Inprove IT Infrastructure Solutions comes in to show their expertise in the Netherlands, Belgium and Luxembourg (BeNeLux). But it is not only good support…

Let me first touch on some recent history and personal experiences with Software Defined Storage. After that I will go in to some detail on the current situation.

Software Defined Storage is not new, it’s just the term that is new. For example: I have been using Linbit DRBD since around the year 2000 when it was created. It was then and still is real Software Defined Storage. Distributed Replicated Block Device lets you create a ‘RAID1’ or ‘mirror’ of two block devices over a network, thereby creating a ‘shared nothing’ high availability storage device over multiple servers. It does not matter what kind of servers they are as long as they can run Linux. The servers do not have to be equal in size or performance, although it makes a lot of sense for that to be the case. Linbit’s current version of the software, DRBD9, includes DRBDmanage and offers a Cinder driver so it integrates in Openstack Liberty.

Hardware and Software coming together

Inprove IT has delivered Nexenta since almost day one, when their NexentaStor product was not limited yet to ‘supported hardware’. First we started out with whatever hardware was cheap enough for the customer to use. This worked fine for the first few years. Since around 2010 we started using Stec (now HGST) SAS SSD products that did not fail after a few months of use like the Intel X25 ones that were never designed to run as a ZIL or L2ARC device. We swapped out the Chenbro and Supermicro disk arrays for DataON Storage ones (DNS-1400’s and DNS-1630’s back then) because they had hot-swappable expander boards. And we moved from Supermicro servers to Intel servers so we did not have to cope with different NIC chips on the boards over revisions. All these changes meant our offering got more expensive, but they also got a lot more reliable.

..putting together our own tested and proven set of hardware made a lot of sense…

We also made the choice to start putting together our own tested and proven set of hardware for a specific Software Defined Storage solution. And it made a lot of sense. Now when we delivered a system to our customer it would just work from day one and there was almost no support needed. Of course parts still broke from time to time, but when it did our customer could call one single Inprove IT phone support number.

Adding support options in to the mix

Around that time we also started to offer support contracts on the storage we sold. At first we just had one package that gave our customer access to our 24×7 support number that included on-site support. Then we added solution support that offered Next Business Day (NBD) on-site support. We added monitoring support that would let us monitor performance statistics next to hardware and software availability. And after a while we even added an option called Managed Storage with which we took care of everything needed to keep the storage functioning optimally within the rest of the IT Infrastructure. Of course these support options where not for free, but they offered choice and even more reliability to the customer.

… we noticed a shift in our customer base…

By adding these support options we noticed a shift in our customer base. Inprove IT started to attract larger companies with larger budgets and requirements that where harder to meet. But Inprove IT made a success out of it, and we have the references to prove it.

From 2010 until 2015 Nexenta had a very hard time supporting all the different hardware configurations especially since NexentaStor was based on Open Solaris. In my view there was a combination of reasons for this.

At first NexentaStor was a huge hit, pricing was good, you could get a good deal of performance out of the solution and it scaled. And, since it was one of the very few products on the market that would actually allow you to use any hardware, a lot of people were trying to sell it. Box movers sold it because it allowed them to sell a few extra boxes with higher margins at the cost of Netapp, HP and EMC. Consultancy firms sold it because they could sell a few more hours of consultancy on the storage systems. And distributors pushed it to general purpose IT companies with the promise of ‘just install and it works’ so they too started to sell it. Not all of those who sold Nexenta had similar success. ZFS is not an easy product and if you make bad choices you risk disastrous results.

…Nexenta was a very sexy product…

Nexenta was a very sexy product due to the marketing, but also because it scaled. Here was a product that you could start out with using just a few Terabytes of storage deployed on old hardware that you had left over from a previous deployment. And it worked! And the promise was that you could just scale this to Petabytes if you needed to.

By 2013 Nexenta was facing a growing amount of customers that where running in to problems which started out in 2011 and 2012. The problems where diverse and the diversity in the hardware that had been used to deploy all these NexentaStor systems was immense.

Some customers had downright hardware trouble: failing Solid State drives, failing spinning drives, failing JBODs, failing cables, failing expanders, failing HBA’s, failing network interface cards and so on. And of course not all problems where easily identifiable. Just to give you an example: I remember a case where a riser card (you know, it that makes you fit a PCIe card in a less then 4U high chassis) caused an HBA to cause a PCIe error that caused the expander chip in the JBOD to reset every time the load on that HBA was too high, which typically occurred then the system was doing a ZFS snapshot based backup to another system in the middle of the night.

Other customers had performance problems. With the use of SSD devices for logging writes, offloading the number of I/O operations going to the spindles and other SSD devices caching reads you could easily get tens of thousands of I/O operations per second from a system that contained only a hand full of hard disk drives. Then when a write or read job with large serial reads or writes would occur the performance would drop to the amount of I/O operations the spindle drives could handle. When you are used to say 20K IOPS and all of a sudden you are dropped to 200 IOPS that feels like the system is ‘not working any more’.

…unfortunately we could not fix all problems…

Inprove IT has quite a number of customers that have never had any of these problems. But also quite a number of customers that has experienced these kind of incidents but fortunately never had any impact in the business as a result of it. And Inprove got customers that bought a Nexenta solution but ran in to problems and eventually found Inprove to help cope with these problems. Unfortunately we could not fix all problems, but in most of the cases Inprove was able to get the customer running smoothly after some minor or even major tweaks to the system. And Nexenta helped with this in all cases, after all only a happy customer is a good customer.

Where to find the unicorns

Since last year Nexenta will not take in to support any new customers that use uncertified configurations for their NexentaStor product. That does not mean you cannot use the NexentaStor product for a configuration that has not been approved by Nexenta, but you will not get any support on your setup. In that case the price for the Nexenta product does not always make sense.

Inprove IT is looking in to the options on certifying the combination of components we use to deliver a good solution to our customer with Nexenta, but up till now we have not yet chosen to do so.

Inprove IT is quite willing to deliver a true Software Defined Storage solution that is not bound to any specific set of hardware.

There is more than enough choice

If your use case is a good match for a ZFS based solution Inprove IT offers OSNexus QuantaStor and Open-E JovianDSS as a good alternative to NexentaStor. Both QuantaStor and JovianDSS are based on Linux as opposed to Solaris based NexentaStor software. Linux is a lot less picky on the hardware side. Still if you are going to use your ZFS solution to support your business and your data is precious to you there is a very good case to make for using enterprise hardware. That is why Inprove IT will advise you to use HGST SSD devices and Helium Drives with DataON storage disk arrays and Intel Servers. If you have already invested in NexentaStor in the past it makes sense to use a Supermicro or Dell based hardware refresh since that is what is supported by Nexenta right now, it looks like Lenovo and HP will be added to this list later this year. With the dawn of NexentaStor 5, which is a completely new product, the hardware options may change, and Inprove IT is looking forward to delivering the new Nexenta product when it is ready.

If your use case is better suited for a scale-out solution Inprove IT offers Compuverde or OSNexus QuantaStor with Ceph or Gluster or Hedvig. Especially the Compuverde solution is very interesting since it is completely written from scratch, developed in Sweden and it offers an optimized version for all flash. The QuantaStor solution gives you a nice supported Ceph or Gluster deployment and a path from ZFS to Ceph or Gluster. All these solutions are Linux based and work with ‘any hardware’. Here too Inprove IT will advise you to use enterprise hardware that will save you problems.

On a final note, if you think software defined solutions are expensive when used with enterprise hardware think again. Inprove IT offers all flash HA storage systems with a capacity of 16TB on enterprise hardware including software, installation, on-site delivery, integration in your IT Infrastructure, and the option to scale to petabytes of flash for less than 50.000 euro. The software options include Nexenta NexentaStor, OSNexus QuantaStor, Open-E JovianDSS and Compuverde vNAS.

Interested in a High Availability All Flash Software Defined Storage system? Please send me a message and let’s talk about the options.

This blog was originally posted on LinkedIn by Koen de Jonge. 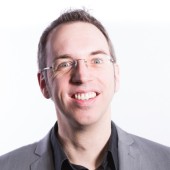